“Cooperatives Build” was the theme of this year’s National Co-op Month. In keeping with that theme, MCDC held a celebration on October 20 to honor co-ops and how they help to build successful businesses that both serve their communities and members throughout Montana. USDA Rural Development State Director John Walsh was the keynote speaker at the event held in Great Falls. He spoke about the positive impact co-ops have had on economies in the communities they serve. Walsh also highlighted what he had observed from visiting many different cooperative businesses across Montana and said they were making a difference in building infrastructure and providing essential services for rural Montanans.

Walsh said he first learned what co-ops were all about during a military deployment to Iraq in 2004 as a Battalion Commander with the Montana National Guard. His unit had explored the idea of assisting Iraqis in the development of their own cooperative businesses that could serve their economic interests through community cooperation. Walsh said some of his soldiers had “been involved with co-ops in Montana and knew how to get it started.” “So, they [soldiers] went out to the communities to get that done,” he said. Walsh also thanked MCDC for helping with the development of new co-ops and added “Without the work you’re doing throughout rural Montana, rural Montana wouldn’t be in the shape it is today.”

Montana Department of Agriculture Deputy Director Kim Mangold echoed Walsh’s sentiment; “It is with the help of the Montana Cooperative Development Center that we are able to reach out into the rural areas.” “I grew up with co-ops,” said Mangold and she added, “It has been that progressive attitude amongst the co-ops that ensure we are moving forward as a state.

Cheryl Ulmer, Regional Director for U.S. Sen. Jon Tester, (D-Mont.), read a statement on the Senator’s behalf in support of cooperatives and MCDC; “It’s critical that co-ops continue to thrive. I still receive my power, telephone and internet from a cooperative,” and Tester went on to add; “I strongly support this organization and its mission to promote and develop cooperatives.”

Following the speeches, Walsh presented a certificate for a $200,000 Rural Cooperative Development Grant to MCDC President Greg Jergeson and Executive Director Janice Brown. Under this grant, MCDC assists in the development of new cooperatives and the expansion of existing co-ops in rural communities throughout Montana.

Participants culminated their celebration with refreshments and a special screening of the PBS Visionaries documentary, “In the Spirit of Cooperation,” which should be aired throughout the nation in November. 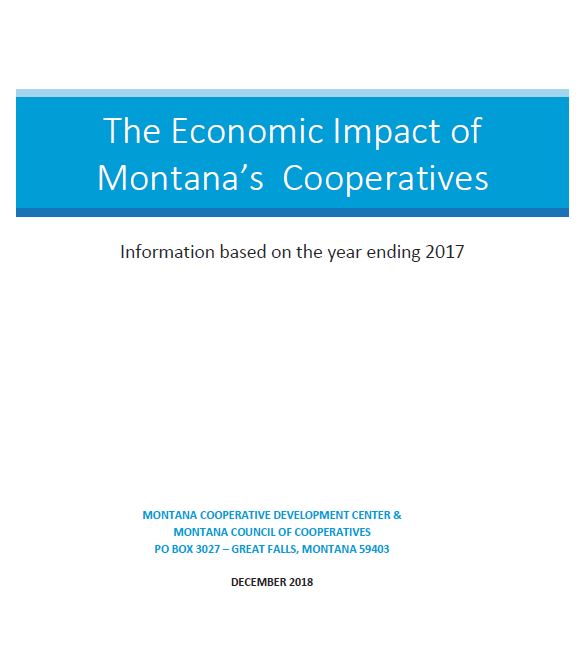